Topic: First Time Fundraise – What to Expect in a COVID -19 World

Summary:
Raising a first time private equity fund is not easy, as first time fund managers are often surprised on how long it may take to get to an initial close, but it becomes especially challenging during a pandemic. This panel will explore (i) LP investors’ attraction to first time funds (as first time funds tend to outperform follow on funds), (ii) the extensive due diligence process conducted by institutional LPs, (iii) the advantage GPs can give themselves in preparing for the due diligence process and (iv) fundraising during COVID-19. Please join our panel of experts and audience of M&A professionals for an in-depth discussion. 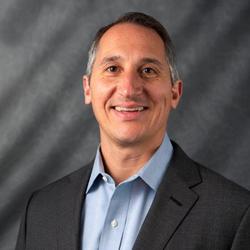 Mr. Kesoglou is a frequent public speaker on corporate legal matters and has authored several articles published in leading magazines, including Buyouts, Financier Worldwide, and The Deal. He was named 2014 AM&AA Conference Chair of the Year and AM&AA Chapter Leader of the Year in January 2013 by the Alliance of Merger & Acquisition Advisors and was appointed as Chairman of its 2013 summer conference and 2014 winter conference.

Prior to joining Ice Miller, Mr. Kesoglou practiced in the private equity group at McCarter & English LLP and Goodwin Procter LLP in New York. Prior to becoming an attorney, Mr. Kesoglou worked as an investment banker in the Real Estate Finance and Securitization Group of CIBC World Markets in New York. 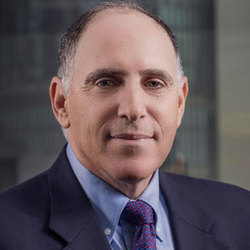 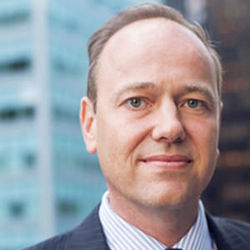 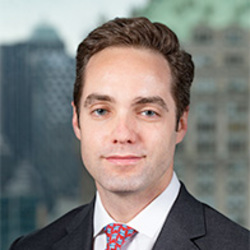 Ami is a Partner and plays a key role in transaction origination, execution, marketing and portfolio management. Prior to joining Gatewood, Ami was a Managing Director and Co-Head of the Private Equity Group at Poalim Capital Markets, a wholly-owned subsidiary of Bank Hapoalim, a leading financial institutional in Israel. Ami led investments and monitoring of the PE portfolio, and managed new business development activities. Ami was responsible for several investments in China, including a joint venture with a local advisory and investment firm based in Beijing and Hong Kong. Prior to that, Ami was a Partner and Investment Manager at Star Ventures, an international venture capital firm, where he focused on fundraising and the communications sector. Prior to Star Ventures, Ami was a Co-Founder, CFO and Senior Vice President of Corporate Development at Satlynx SA of Luxembourg, a provider of satellite-based communications services, and Vice President at Gilat Satellite Networks. Ami has 10 years of investment banking experience with Lehman Brothers in New York and Tel Aviv, where he worked on corporate finance and M&A transactions for U.S. and Israeli companies and for the Government of Israel. Ami graduated from the Yale School of Management with a Masters in Public and Private Management, from the University of Haifa (in Israel) with a B.A. and participated in the University of Michigan’s Executive Management Program.

Marc is the co-founder of 747 Capital and a Managing Partner of the firm. Marc is actively involved in portfolio management, due diligence and manager selection. In addition, Marc oversees European business development efforts and serves as the Firm’s Chief Compliance Officer.

Marc is a member of the firm’s investment committee and serves on the advisory boards of various underlying portfolio funds. Marc has been making US private equity fund commitments since 1994.

Prior to forming 747 Capital, Marc was Executive Vice President of Greenfield Capital Partners, in New York, the US subsidiary of a Dutch private equity group. From 1992 to 1994, Marc was a private equity analyst at the Noro Group of Companies in the Netherlands. He started his career in 1989 with HomeBanc, a Savings and Loan in Atlanta.

At Star Mountain, Stephan Connelly is involved in all aspects of the firm’s investment and portfolio management activities in addition to business development and investor relations efforts.

Prior to joining Star Mountain, Mr. Connelly was a Senior Associate on the investment team with Newbury Partners, a private equity firm specializing in acquiring buyout, venture capital, special situations, mezzanine and fund-of-funds limited partnership interests in the secondary market. During his time with Newbury, he worked on deal teams which invested over $300 mm in aggregate across various funds, strategies, industries, and geographies. Transactions involved fund restructurings as well as individual or portfolios of limited partnership interests within funds focused on North America, Europe, and Asia. In addition, he worked on co-investments alongside independent and funded sponsors focused on growth companies within the lower middle-market in North America and Europe. Prior to Newbury, Mr. Connelly was an Associate in the Financial Instruments, Structured Products, and Real Estate Group (“FSR”) at PricewaterhouseCoopers where he provided services to clients focused on student loans, RMBS/CMBS, auto loans, credit card receivables, and commercial loans and bonds. In addition, previously Mr. Connelly interned with LBC Credit Partners where he assisted in the diligence of potential credit investments within middle-market companies.

Mr. Connelly graduated with a Masters of Accountancy from Villanova University and a BS in Finance from The McDonough School of Business at Georgetown University. Mr. Connelly is a member of the New York Society of Security Analysts (NYSSA) and is a Chartered Financial Analyst charterholder.