Topic: Is Capital Sitting on the Sidelines or Eager to go to Work?

Summary:
Is Money Sitting on the Sidelines or Eager to go to Work? How are bankers and investors looking at the world of deals given the market uncertainty? Go to market, invest or wait? While many M&A deal processes have been shelved and the Delaware courts are filling up with broken-deal cases, particularly those in the hardest-hit industries, bankers are nevertheless pushing forward with deals in less affected or positively impacted industries, and launching processes into this market, and investors remain interested and focused. Investors continue to actively look at deals, and seem willing to accept virtual management presentations rather than waiting for in-person meetings. The panel will discuss their real-time experience navigating through this new (hopefully, temporary) normal. 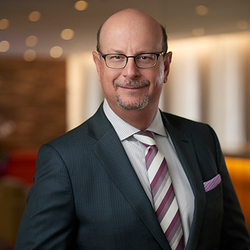 Wherever major investment funds are putting money to work — whether the arena is public or private, equity or debt, mezzanine or hedge fund — Steven Siesser plays a prominent role. As co-chair of the firm's Transactions & Advisory Group, Steven actively represents investors, target companies, and intermediaries, such as investment banks and high-net-worth individuals, in all manner of sophisticated transactions. He often serves officially as their outside general counsel and unofficially as their trusted business and legal advisor, providing them with much-needed perspective on the universe of challenges they face.

Steven's clients know that he is totally focused on their interests. He is very much a hands-on, "working partner" who gets deeply involved in the details of the deals he arranges. Not content simply to point out problems, he finds ways to fix them — to get the deal done without getting bogged down in what he calls "lawyer minutiae." He is available anytime, not just to answer his clients' questions but also to answer what "they're not asking, but should be." He always refers to them as "we" and "us," which sums up, in a way, his role as a key member of their inner circle.

Steven is also known as a consummate networker. Interacting with clients, colleagues, and his many investor and business contacts, his expressed purpose is to "put people together to achieve great outcomes" — which happens with impressive regularity. 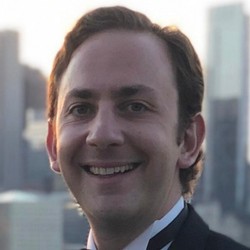 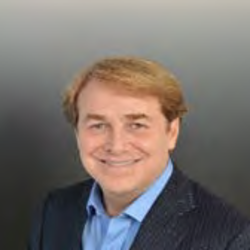 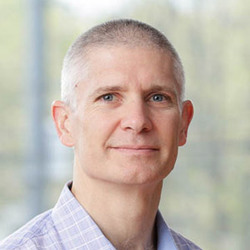 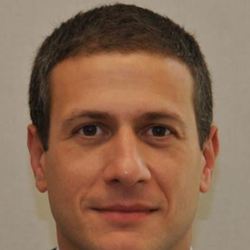 Mr. Rybakoff is the CEO and Co-Founder of Akin Bay. In addition to running the firm’s operations, he heads up new client development and has executed over 150 transactions, which have included: Primaloft, NEBR, Wham-O, MediaMath, BFY Brands, VitalChek Network, and TowerAir. From 2004-2006, he resided in Hong Kong and Kowloon, China, in which he led multiple M&A transactions for the Chinese operations of Cornerstone the Chinese Global manufacturing partner of Marvel Entertainment.

From 1999-2002, Mr. Rybakoff was co-founder, CFO and equity sponsor of Ceres Capital LLC, which managed over $2.0 billion in assets before it was sold in 2002. From 1991-1992, he was associated with a merchant bank focused on mergers and acquisitions and high yield debt, for several Australian based conglomerates, which included: Pacific Dunlop, Goodman Fielder, Western Mining Ltd., GNB Batteries, and Eastman Office Products. In 1990, he was an analyst in the M&A group of R.D. Capital, Inc. /ADCO Group, Inc., a distressed real estate hedge fund. He has served as a director for several private companies and over 10 years of a public company.

Peter Reiter joined RFE in 1996 as an Analyst. Peter is currently a Director of ThreeBridge, Global IFS, PCX Aerostructures and Squan. From September 1992 until he joined RFE, he worked for KPMG Peat Marwick, LLP as an Auditor.

Scott Porter is a Managing Director on the Investment Team with a focus on two core verticals — Transportation & Logistics and Franchising. Prior to joining Brightwood, Scott was a Partner at Uni-World Capital, a lower-middle market buyout fund, where he spent over five years sourcing, executing and managing private equity investments. Prior to Uni-World, Scott worked with Brightwood co-Founder Sengal Selassie as a Partner at CCP, where he spent nine years in a similar capacity to his role at Uni-World. While at Cowen, he was instrumental in assisting the company in a number of business development activities that included the company’s spin-out from Société Générale and subsequent IPO, the creation of a $500 million healthcare-focused private equity fund and the acquisition of an Asian boutique investment bank. Scott started his career working as part of Chase Securities High Yield Corporate Finance Group, where he executed over $3.5 billion in lead managed and $7.0 billion in co-managed transactions in the media, telecommunication, healthcare, chemical, consumer products, manufacturing and service industries.