The economic toll from the Coronavirus has drastically shifted the Private Equity and middle market transactions market. Information related to government relief is everywhere but it can be difficult to decipher what applies and does not apply to Private Equity firms. This webinar is meant to provide knowledgeable information to help guide deal professionals through the early stages of this dramatic new landscape. Opus has put together a team of experts that will help answer these tough questions every PE firm needs to be answering now:

Moderated by Tom Goldblatt from the boutique investment bank Ravinia Capital with an expertise in middle market distressed sales and capital raises. 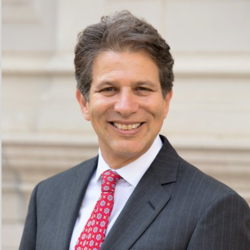 Tom founded Ravinia Capital in 1998 and serves as a Managing Partner. He has more than 20 years of operating experience in roles ranging from salesperson to CEO. Tom’s background in accounting, law, and general management allowed him to evaluate, invest in, acquire, and lead a number of private companies. Today, Tom leverages his experience to help company owners understand how to best tap capital markets or sell their companies for the best possible outcomes. Tom’s background gives him the unique ability to understand the needs and of both the company owner and buyer and can help all parties navigate the inevitable complexities involved in all transactions.

Tom earned the annual ‘Distressed Dealmaker of the Year’ award from the M&A Advisor Turnaround Association for delivering an exceptional outcome for a company in distress. Tom is a frequent speaker on alternative capital raises in challenging situations and distressed investing, and he is involved in a number of non-profit organizations, including the Chicago Anti-Defamation League and the Old-Town School of Folk Music. 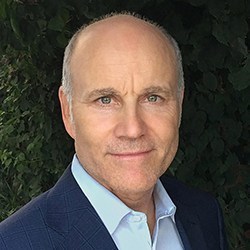 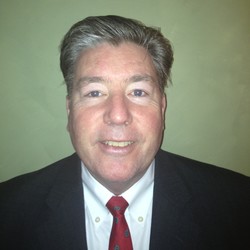 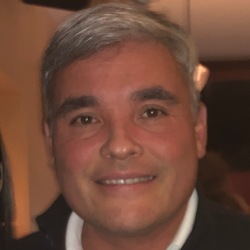 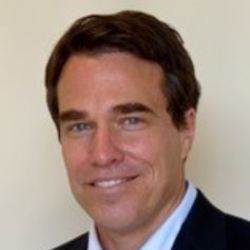 Backbone Capital was established in 2011 by Britt Terrell, a professional in the middle market corporate finance industry with 30+ years of experience. Britt has been underwriting, structuring, closing and managing credit portfolios since the late 80s, with a focus on middle market leveraged acquisitions and corporate debt restructuring for over two decades.

Britt has worked on both the borrower and lender sides throughout his career. He joined Wells Fargo Foothill’s Los Angeles office as the Underwriting Manager in 2000, during which time he closed transactions representing approximately $1 Billion in commitments. In 2002, Britt joined The Gores Group in Los Angeles to arrange and manage all acquisition debt financings and recapitalizations for its Private Equity Fund. During his 9 year tenure at Gores, Britt led and closed approximately $2 Billion in debt financings.

Britt is a member of the Association for Corporate Growth (ACG) and participates regularly in discussion panels at finance conferences. He holds a BA Degree in Business Economics from the University of California, Santa Barbara, with an emphasis in Accounting.

Britt is registered through FINRA as an Investment Banking Representative (Series’ 79 and 63.) Securities are offered through PGP Capital Advisors, LLC (FINRA/SIPC).

Kevin O’Shea co-founded Kinsale Capital Partners in 2009. Mr. O’Shea has over 25 years of broad experience covering all aspects of financial and operating management. He has worked across a wide range of industries with transactional experience ranging from acquisitions to public debt and equity offerings to turnarounds.

Since 2006, Mr. O’Shea was Managing Director with Cardinal Growth, a long time SBIC Fund. Prior to Cardinal, Mr. O’Shea operated O’Shea & Associates, providing turnaround consulting services to distressed companies in the middle market. Prior to founding O’Shea & Associates in 2001, he held executive positions for national companies such as Liberty Group Publishing; global corporations such as Bell & Howell, Beatrice Foods, and Spencer Stuart; and prominent family groups such as the Pritzkers.

Mr. O’Shea has an MBA from the University of Chicago Booth School of Business, a Masters in Tax as well as a BS in Accounting from DePaul University, and was a Certified Public Accountant. In addition, Kevin was a member of the adjunct faculty at The Elmhurst College Center for Business and Economics from 1990 to 2000.

Paul Manzano is the Chairman and CEO of Akston Industries, a multi-strategy investment holding company focused on acquiring and operating industrial businesses across diversified markets and specialties. The firm’s current holdings span metal manufacturing, textile finishing, textile distribution, infrastructure services, and network aggregation technologies. He currently sits on the boards of JM Die Holdings, Genband Industries, Computer Power Systems, and Queue Manufacturing.
Paul received his Bachelor of Science degree in Finance from Indiana University, Bloomington, and earned JD/MBA degrees concurrently from the University of Washington in Seattle. He is actively involved with the Children at the Crossroads Foundation, and enjoys long distance running and golf. He resides in downtown Chicago with his wife and two children.

Prior to joining Southfield, Tim was a Partner at Atlantic Street Capital, a lower middle market focused private equity fund. before Atlantic Street, Tim was a Partner at CRG Group, a middle market turnaround and performance improvement consulting firm that was acquired by Deloitte in 2012. He served on the firm's Executive and Management Committees and was a leader in the firm's Performance Improvement Practice. Prior to CRG he spent over five years in operations management and business development roles at RHC Spacemaster, a middle market store fixture company. he began his career at The Keystone Group, a Chicago based management consulting firm, where he led consulting engagements around business strategy and operations improvement.

Tim is currently on the board of directors of Ntiva and the American Refrigeration Company, Inc. He received his M.B.A from Northwestern University's J.L. Kellogg Graduate School of Management and his B.A. degree in Political Science from Yale University.